God created the present universe out of nothing with His Word. Things, products and enterprises, first existed in the mind before they are realized in the physical world.

Before Christ, things on earth are influenced by beings & things in the spiritual world. We should then not be too angry with the attacks and betrayals of 'friends' as they could be under the influence of the devils in the spiritual world. e.g. Mat 16:23 Jesus identified the evil force- Satan behind the speech by Peter asking Jesus not to go to the cross. The thought did not come from Peter himself but from Satan.

We must use the authority and power given to us by Jesus to influence the happenings in the Spiritual World that the natural world will move according to the Word of God. God's will be done on earth through us commanding in the Spiritual world.

The mind map below gives the details: 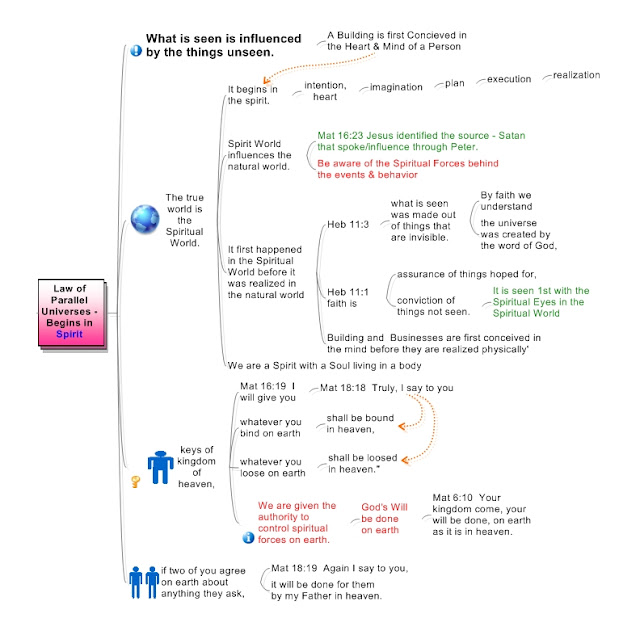 Next: Law of Greatness -Servant Leadership
Posted by Lim Liat at 10:39 am

Thank you for the time and devotion you've taken in writing these blogs! God is answering my prayers through your effort. May God continue to show you the way to His truth.

I GET IT! I GET IT! Speaking the Word out loud and WHY. Between Kenneth and Gloria Copeland and this, I GET IT. THANK YOU